Sailing up the Queensland coast 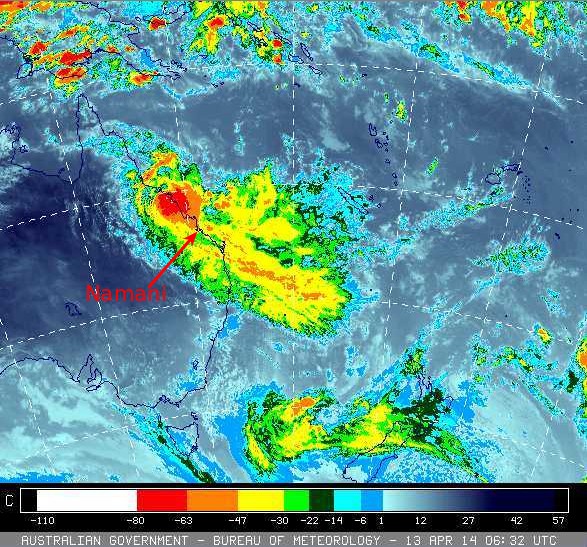 Did we say we were back in the tropics in the previous post? Well - one of the implications of that is that any weather forecast beyond 72hrs may be subject to drastic change around this time of the year...

When we left Scarborough on 01APR the NZ MetService's Bob McDavitt had just declared the South Pacific Cyclone Season to be over as there wasn't enough moisture around for anything significant to happen before the sun got too far north of the equator. The weather didn't think so however... By the time we got to Great Keppel Island three days later, US NOAA's GFS forecast model showed a cyclone brewing just south of the Solomons. The GFS predicted it to make landfall in northern Queensland a week later and then 'roll down' SSE along the Queensland coast - on a direct collision course with us.

The European ECMWF model was more optimistic and showed the system as a depression that would eventually dissipate over the York Peninsula, well to our north. With the models disagreeing (a good indicator that no one knows what's going to happen) and only one day left before some strong SE winds would prevent us from getting out of the cyclone's potential path, it was pretty much a no-brainer Sunday a week ago: Sail back 25nm to the south and hole up in Pacific Creek, a mangrove lined creek that has a reputation as a good cyclone hole.

Thus we spent the last week here, eagerly following the changing forecasts and scoping out what to do in a worst case scenario (the creek does indeed provide very good shelter and cushioning by the mangroves). The GFS stuck with its story and was right in the end: TC Ita hit northern Queensland pretty hard as a category 5 cyclone when it made landfall last Saturday. Luckily for us it lost some steam over land and was only a category 1 by the time it had gone back offshore, with its center passing us about 100nm to the east early this morning. So in the end all we felt here was a gusty Sunday night and Monday morning, with some wind against spring tide antics in the creek (the crew of Pacific Pearl II had been very helpful in providing us with some local advice). We'll probably remember this week primarily for the relentless mosquitoes which we'll be happy to leave behind ;-)

It was not a bad week though - lots of time to pursue our own projects and we were definitely glad we weren't anywhere farther north. There is almost an ironic symmetry: When we started this trip in September 2011, late season hurricane Irene made it all the way up to Maine and forced us to backtrack a few days after we had put Namani back into the water. Now we seem to have had the southern hemisphere mirror image.

Now we'll be moving north again as soon as the seas subside.